Various kinds of versions of Android - Android is a mobile operating system that is now very popular and regarded as the best operating system in the world. This product was first discovered in October 2003 by several senior IT graduates, later in 2005, Google has acquired android, android 100% shares turned over to google for the year. google sure if in the future, Android will be the prospects, potential and will dominate the mobile phone operating system.

With the passage of time, now Google with Android already has some android versions, all of which are named according to the food. Among them are Android Froyo, Cupcake, Donut, Eclair, Gingerbread, Ice Cream Sandwich, Jelly Bean, and Kit Kat. All of these android name is taken from the type of food. If you are curious about the many kinds of android version along with an explanation and understanding details, see review details below. 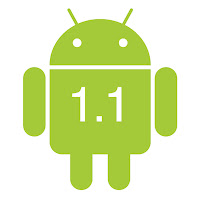 The first Android is version 1.1 was released on March 9, 2009 by Google. Android version is equipped with features that are supported by Google Mail Service with an aesthetic update to the application, alarm clock, voice search (voice search), sending messages to Gmail, and email notifications. 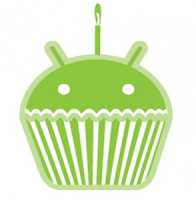 Android Cupcake or Android Version 1.5 is the second version of android supports a more complete range of features which are uploading videos to Youtube and access the "Image" to Picasa directly from the mobile phone. Bluetooth A2DP is already integrated 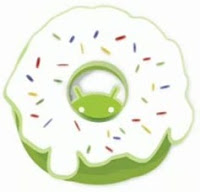 The next Android is Android version 2.0 / 2.1 or more familiar called Android Eclair is a sequence to 4 of the Android version that already exists, there is the addition google map in this version, also several additional features that are more sophisticated and nice like Camera 3.2 megapixel supported by "flash", an elegant new contact list, HTML5 has been supported on the UI changes to the new browser and the latest Bluetooth 2.1 with file transfer speeds faster. 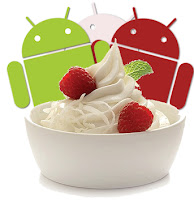 Android version 2.2 Froyo was first launched in 2010. This android version is equipped with a variety of new features such as adobe flash and claimed to have a speed of 3 to 5 times faster than previous versions. while the newest features is able to record video in HD Quality, can put an application on the MMC / SD Card, can to be Hotspot, increased performance, ability to auto update in the Android Market 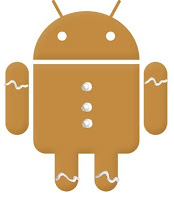 Android version 2.3 Gingerbread is able to improve the performance and the performance of various applications or features that are common in android devices such as gaming, audio, video, camera etc. Copy and paste functions and the application has also been optimized. Android gingerbread reactors also supports energy-saving user interface, virtual keyboard with word selection, Power Management, App control, support the number of cameras is more than one 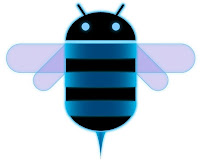 Android version 3.0 / 3.1 Honeycomb is a version of Android designed for tablet users, this version of the android operating system can not be used on your phone. its features have also been adapted for tablet users. This system is specially designed with sophistication make your tablet running at peak performance. 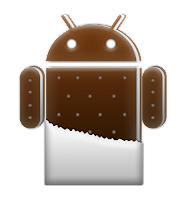 Android version 4.0 Ice Cream Sandwich or ICS is the first android that has new features unlocked by face recognition. This android is also claimed to be able to produce a more polished interface and clean. There are also some additions of new fonts in android version of the ICS. 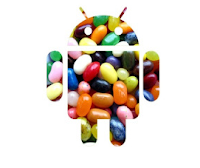 Jelly Bean-Android version 4.1, which was launched at the Google I / O brings new features charming, some features that are updated in the operating system, among others, the search by using Voice Search faster, weather, traffic, sports results fast and precise, but it's version 4.1 also features a virtual keyboard is better. Common problems are often encountered Android users is battery, but the battery in the system Android 4.1 Jelly Bean version is claimed to be quite frugal. 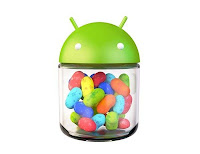 Android version 4.2 is the latest version of Android before. Jelly Bean V.4.2 claimed more intelligent and innovative compared to previous versions. Some features that are updated in the operating system, among others Notifications, Google Assistant, Face unlock with Liveness Check, Barrel Roll, Smart Widget, Google Now, Technology Project Butter to improve responsiveness is excellent, the operating system is fast and lightweight, Full Chrome browser roam the internet using Google Chrome as on PC 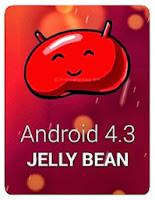 A few months ago Google release the latest version of android 4.3 jelly bean, there are a variety of feature updates in this version include Bluetooth smart technologies that make the active Bluetooth without draining the battery, supports Open GL ES 3.0, better graphics performance and realistic. speed of exceptional performance and stunning graphics faster or finer. 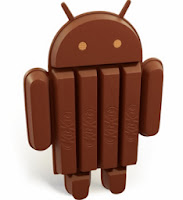 Google has released the latest version of android KitKat, but not many users already feel it. There are many phone or tablet that do not supports this android version because it is a new android version. The new update feature of this android version is SMS feature that is integrated directly into the Google Hangouts app. There are also facilities Could Printing, where the user can wirelessly Printing / send commands to the laptop / PC connected to printer. Icon design and themes are more unique and realistic.

Listening to the voice commands of the Google Now without draining battery power. Navigation and status bar are experiencing renewal. Interface is very smooth. You can access the camera app from a locked screen.

Well, that was about the latest information on some list android full version from time to time along with the definition and features as well as updates of existing features in each version.

I think it does a description of the types of android version from the first version to the latest version / latest time, may be useful and thank you for reading