In this announcement, Jokowi accompanied by Vice President Jusuf Kalla, Anies Baswedan Education Minister, Home Minister Tjahjo Kumolo, and a number of ministers of economics that the majority wearing a white shirt.

In the other hand, 6th President Susilo Bambang Yudhoyono explained his view of the decision of the President Joko Widodo the increasing fuel prices.

That he made after a call by Vice President Jusuf Kalla. "I thank bnyk question / dr mentions public about the fuel price hike. Incidentally pk 8:10 this evening I received a phone dr VicePak_JK," Yudhoyono wrote via his Twitter account, was quoted as saying on Tuesday (11/18/2014).

Tweet The given information * SBY * at the end which means that the tweet was written directly by SBY. He said that JK announced that the government will raise the price of fuel. SBY believes it is the government authority. "But the government must explain to the people why fuel prices increased.

It was my answer as a response to telephone Pak_JK," said General Chairman of the Democratic Party. President also asked to explain to the people related to the compensation policy groups can not afford as the impact of rising fuel prices. Compensation should be clear that the source of funds.

In addition to funding sources, the President hopes that the government could explain how to determine which households are eligible to receive compensation. The government should also be ready to give an explanation to the House.

"I think, if the compensation fund was taken from the state budget, the government is obliged to explain to the House of Representatives as a form of accountability," he concluded. 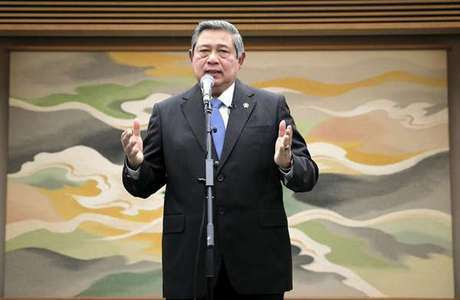