Home Analysis Novel What is Poetry and How to Analyze it?

What is Poetry and How to Analyze it? 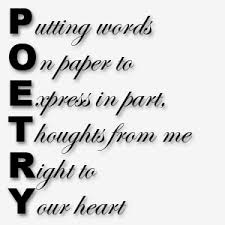 Poetry is a compact language that expresses complex feelings. To understand the multiple meanings of a poem, readers must examine its words and phrasing from the perspectives of rhythm, sound, images, obvious meaning, and implied meaning. Readers then need to organize responses to the verse into a logical, point-by-point explanation. A good beginning Involves asking questions that apply to most poetry

Context of the Poem
Clear answers to the following questions can help establish the context of a poem and form the foundation of understanding:
Style of the Poem

Into what category does the poem fit - for example, Carl Sandburg's imagism in "Fog" or Gwendolyn Brooks' epic "The Anniad"? Readers should apply definitions of the many categories to Determine the which describes the poem's length and style
Title of the Poem
Repetition in the Poem
Readers should read through a poem several times, at least once aloud. If it is a long poem, such as Allen Ginsberg's Howl or Hart Crane's The Bridge, readers should concentrate on key passages and look for repetition of specific words, phrases, or verses in the poem.
If readers note repetition in the poem, they should decide why certain information seems to deserve the repetition.

Opening and Closing Lines of the Poem

Passage of Time in the Poem

Speaker of the Poem
Names of Characters
Does the name of a character suggest extra meaning, such as Eben Flood (an alcoholic) in Edwin Arlington Robinson's "Mr. Flood's Party" and TS Eliot's Prissy protagonist in "The Love Song of J. Alfred Prufrock"?

Basic Details of the Poem

Fantasy versus Reality
Is the poem an obvious fantasy, as is the case with the intense confrontation in Sylvia Plath's "Daddy" and the setting of Rita Dove's "Geometry"?

Mood and Tone of the Poem

Themes of the Poem

Rhythm of the Poem

Use of the Senses in the Poem

Imagery in the Poem

Language of the Poem

Drawing Conclusions.
After answering the questions presented in this introduction, readers should paraphrase or restate the poem in everyday words, as though talking to someone on the telephone. A summary of the poem should emphasize a pattern of details, sounds, or rhythm. For example, do various elements of the poem leads readers to believe that the poet is describing an intense experience? Is the poet defining something, such as parenthood, risking a life, curiosity, marriage, religious faith, or aging, as in Denise Levertov's "A Woman Alone"? The poet is telling a story event by event? Does the poet want to sway the reader's opinion, as Louise Bogan does in "Evening in the Sanitarium"?

Before reaching a conclusion about the meaning of a poem, readers should summarize Reviews their personal responses. Are they emotionally moved or touched by the poem? Are they entertained or repulsed, or stirred Terrified to agree? Do words and phrases in their memory stick? How has the poet made ​​an impression? And most important, why?