Home News What is Endowment Plans?

What is Endowment Plans? 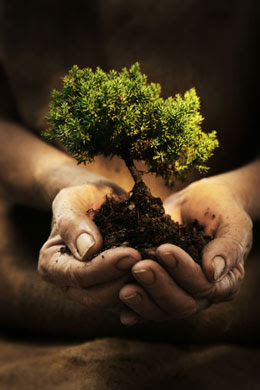 Endowment plans used to be the most popular way to pay off a mortgage. But tax changes, poor investment performance, high charges and mis-selling have resulted in endowment policies falling out of favour.

What are endowment plans?

You pay a regular monthly premium which stays the same for the life of the policy. Part of the premium pays for life cover (which pays out if you die before the policy matures), the rest is invested. When the policy matures, you receive a tax-free lump sum.

Your policy may be invested in one of two ways – see Types of endowment below. Either way, it is important to realise that the return you get is linked to the stock market and may fall short of the amount you were hoping or expecting to get back at maturity.

If you don't keep the policy to maturity and you are a higher- or additional-rate taxpayer, you may have to pay income tax on any growth in the investment. You may also get back less than you paid into the policy. This is because charges are taken out in the early years of your policy. Also, if you have a with-profits policy there may be a market value reduction (MVR) which can be applied and this will reduce the amount you receive.

The MVR, which is sometimes referred to as a market value adjustment (MVA), is effectively an early surrender charge. Most endowments are designed to run for a set number of years or until you reach a certain age. If you cash in early a MVR may be applied to take back some of the bonuses already allocated to your policy. This usually only happens if stock markets have fallen since these bonuses were added.

Endowments are offered by insurance companies and friendly societies.
Types of endowment funds

Endowments can be unit-linked or with-profits.
When the policy matures investors receive the annual bonuses plus a terminal bonus based on the overall performance of their investment during the term. Terminal bonuses are not guaranteed and can vary enormously. They can make up more than half the final pay-out or may not be paid at all.

Why endowment mortgages have fallen out of favour

In the early 1980s, people taking out endowment mortgages benefitted from tax relief on the premiums they paid to their endowment plan and also received tax relief on their mortgage interest - in effect borrowers were being offered tax-subsidised loans to invest cheaply on the stock market. Premium relief was abolished in 1984 while mortgage interest relief was reduced and then finally abolished in 2000, making endowment mortgages more expensive.

Endowment providers use an assumed growth rate to give you an idea of how much your investment might grow by. This way you can work out how much you need to save each month to reach your target lump sum at maturity.

In the 1990s this growth rate was often assumed to be 7% and in the 1980s sometimes even higher. When the stock market failed to achieve these returns and interest rates and inflation levels changed, these levels of growth became hopelessly optimistic. It soon became obvious that many endowments would fail to meet their targets leaving investors unable to pay off their mortgage loans in full when they became due.

It also came to light that many investors had not been made fully aware of the risks they ran in having an endowment mortgage. Advisers who had been keen to sell endowment plans to earn the large commission payments offered by life companies but not so keen to explain the risks to investors, found themselves facing claims of mis-selling. This tarnished the reputation of endowment plans and nowadays considerably fewer are sold.

If you are concerned about an endowment policy, speak to your financial adviser, the person who sold you the policy or the endowment provider. If you then think you have been mis-sold the policy (poor performance does not count if you understood what you were buying), you may want to take the matter further which will involve contacting the Financial Ombudsman.

However, a deadline was set on endowment mis-selling claims and in most cases this has now passed. If you can't make a complaint and you think your endowment will have a shortfall, ask your mortgage provider or financial adviser for guidance.