Hai... Hai.. everybody around the world. What's up guys? I hope all of you in best condition. Amin. Today, SEO Anyaran will share the novel analysis under the title "The Lost Boy". Some of you if interested to this topic please read carefully. Check this out!! 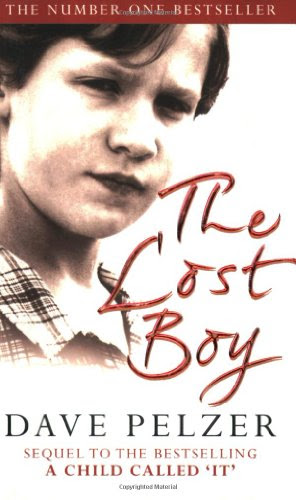 1. PLOT / SUMMARY
The book continues after the ending of the previous book, A Child Called "It" with David Pelzer, 9 years old, running away from his home in Daly City, California. He ends up in a bar, getting cared for by some of the patrons. One of them calls the police, bringing David home to his abusive mother. David's teachers eventually contact the authorities, Causing David to be put together with a social services worker named Ms. Gold. Before the trial of Whether or not to permanently remove him from his mother's custody, David Becomes confused about Whether he may have deserved the treatment Gave him his mother. Ms. Gold, on the other hand, assures him it had nothing to do with him, and that his mother is sick. After the trial, he is put into a home for the Mentally challenged under the care of a woman he calls Aunt Mary. He does not fit in with the other children, he is quite active and disruptive due to being cut off from normal household living and behavior for so long. He soon receives a visit from his mother and brother. His mother Asks how David was doing, calling him "The Boy", shocking Aunt Mary. While Aunt Mary Answered a short phone call, his mother swears to David that she will get him back. His brother brought back David's bike, which was mistreated and broken. He is so distraught by the bike's condition that he cried for hours. He Decides to fix the bike on his own. One day, he Decides to ride his bike and go down his old road. His family sees him riding on the road, and contacts his foster family. He is punished, but it is nothing Compared to his former treatment. Later in the book, David meets a person WHO thinks he is his friend, until he starts using him to do illegal things. One of Reviews those times is when they plan to set one of his teacher's classroom on fire. The fire gets out of control, and David tries to stop it. His "friend" later Tells the teacher that it was all David. As a result he is removed from his foster home, and sent to Juvenile Hall. He eventually is released, and is placed in multiple foster homes across California. In his sophomore year of high school, he is placed into a class for slow learners. He then Decides that he is more interested in earning money than school, Because he will be out of foster care in less than a year. When he is out of foster care, he enlists in the US Air Force. Surprisingly, his own mother Knew the news and she congratulated him at his Air Force graduation. As he talked to his mother and Began to cry, then he hopes that his mother will say the three special words that he has always wanted her to say. "I love you." This phrase was touching and poignant for David, as he has longed for Reviews These three words for years. He Believes that he wanted to see his mother but that was also not a good idea. He soon realizes that the mother's love that he has always been searching for was in the arms of his foster mother, Alice. The story ends with him beginning his career in the army so he can learn how to treat others.

2. THEMES
Throughout this entire story David is seeking himself, a figure the which elucidates him until the very end. Essentially he is alone in his journey but is still Able to find his way, all the important elements Gaining while he was never given.

3. SETTING
The story takes place in the seventies in an American suburb.

4. POINT OF VIEW
This story is of toll from a first person point of view. This means that it is of toll through the eyes of the narrator, WHO in our case is also the main character. The point of view is actually the only way the story would work since it was David's story and therefore only of toll David could have his thoughts, fears, and experiences.

5. CHARACTER IN THE STORY
David Pelzer - David is the main character and narrator as well as author of this story. This memoir meets him at age nine and leaves him when he is an adult; it follows more precisely the years between age twelve and eight-teen. He is shy and describes his outer appearance as that of a geek. Mother, Catherine Roerva Pelzer - Catherine is David's mother and most Often Referred to simply as "Mother." She is a haggardly, putrid woman who is responsible for David's torment. She takes great pride in Dominating others. Stephan Pelzer, Father - David's father, he is the man who was David's hero as a child. He undergoes a transformation into alcoholic worn. David spends much of his life looking up to then simply looking out for him. He only wants peace in the household Mark - He is the man who works at the pizza bar. He offers to the make David a pizza when he sees him steal a quarter left on a pool table for a game. With the best of intentions, he phones the police to tell them that David is there. Mr. Ziegler - David's homeroom teacher, he is instrumental Alice and Harold Turnbough - Reviews These characters are the main character's first and last foster parents. Ron, Stan, Kevin and Russell Pelzer - Reviews These characters are the biological siblings of the main character. The credibility of the content should not even be argued about Because The book is an autobiography and reflects Dave Pelzer's childhood and true Incidents of his life. The message of the book, I think, is that you should never let something this terrible Happen to anyone close to you and you should never, under any cırcumstances, believe that you do not exist. If you just imagine the thought "I do not exist" you'll remember that you actually do and that there's always someone who loves and cares about you. Even if your parents do not - there's always someone who does. I believe that if you get maltreated or know someone who is, you should always try to step in - for example by going to the police. It's enough to leave a tip anonymously, you certainly do not have to reveal yourself. And okay, like some people say, you can not save everyone - but only if you help saving one it has such great meaning to that special person.

That's all my novel analysis, if there is a wrong my explanation please help me to make this blog better in the future. Thanks