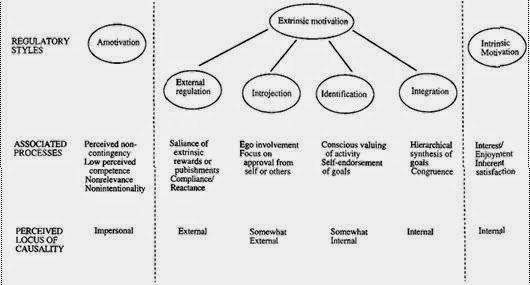 Those theories which are mentioned above are about the some point of view about kinds of motivation. Motivation is divided become two and three kinds. Based on my opinion you can choose one of the theories if you want to give detail explanation. In giving explanation, you must consider that theory is in line with your opinion. Don’t let be your self become arrogant in it. Studying about motivation is very important thing in teaching and learning process. Students who have high motivation are easier to get best achievement.