Family structure is the composition and membership of the family and the organization and patterning of relationships among individual family member (Dictionary, Encyclopedia and Thesaurus - The Free Dictionary). Duncan and Magnuson (2005) conclude about the some various dimension of socioeconomic status from family. It has strong influence to the student achievement. They state that household income, cumulative wealth, parent’s educational attainment, parents’ skill, and family structure, the quality of neighborhood, associated social position, and privileges give the some portion in achievement gaps that affect to the students’ motivation. The essential of family, family structure is like society at large. It has undergone significant changes. The form or structure does not show how healthy it is or how they function. Structures are the substantial makeup of the members in relationship to each other without respect to roles and function. There are four types of a families structure; Nuclear, Single Parent, Extended, and Childless. These four types of family structure give the varieties of forms they may appear to more detail see Ezine Articles. 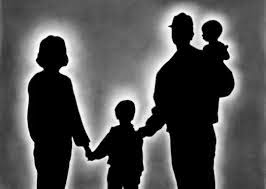 Nuclear is the first famous types of family structure. Nuclear family consists of a mother, father, and their biological or adoptive descendants. It is called the traditional family. This was the most admired from the four types of structure. It can be a fostering environment in which to help children as long as there is love, time spent with children, emotional support, low stress, and a constant economic upbringing. The second types of family structure often called Single Parent. In this type, children are most likely to live in a single parent structure for reasons other than the death of a parent. Single parent are usually happen in teenage mothers because she is not married. One of the most luxurious things for a single parent is child care. Single families frequently have less pressure compared to the pressure in families before divorce. Usually parents and children are more eager to work together with each other to find solutions to solve household chores in single parent families.

The third type of family structure is Extended Family. Extended family is two or more adults from unlike generations of a family, who share a household. It consists of more than parents and children; it may be a family that includes parents, children, cousins, aunts, uncles, grandparents, foster children. At times children are raised by their grandparents when their biological parents have died or no longer can take care of them. Extended families can be found all over the world in different communities and countries. Extended family are called the big family because although the first time as the nuclear family but sometimes it can be extended family. The last type of family structure is called Childless Family. A childless family is basically a group of people from all variety of backgrounds and all walks of life who have never had children. Others will perhaps have children at sometime in the future, but they are not prepared just yet, and others ask to have children but they were unable because of a variety of social and/or biological forces that obstruct and result in unplanned childlessness. To replace children, childless families usually have pets as a substitute. In addition (UNESCO, 1992) In line with the type of family that is compound family; when two families combine after divorce. The following is the type of family structure namely stem and lineal family.
Rich (2000) In line with the statement above, that sole parent families on average have lower levels of income, are headed by parents with lower educational attainment and are less likely to be in the labor force, children from these families are likely to have lower educational performance. He explains about the differences between a sole parent families and two-parent families. In the following it is the factor that affect to the student educational. He suggests reducing contact between the child and non-custodial parent. Then, he says that the custodial parent having less time to spend with children in terms of supervision of school-work and maintaining appropriate levels of discipline. The others factor according him is the lack of an appropriate role model, especially for males. The next explanation from Rich (2000) is that parents should increase responsibilities on children such as childcare roles, domestic duties which impede the time available for school work, and the last factor that make difference between sole and two-parent families is the nature of parent-child relationships in sole parent families may cause emotional and behavioral problems for the child (Buckingham, 1999; Rich, 2000).

So the conclusion is family structure includes the family size. Actual family size reflects the number of children already born. The effects of family size on child outcomes generally correlate a negative relationship between family size and child “quality” (usually education), even after controlling for socioeconomic factors (Becker, 1993).