Socioeconomic status can be defined as a “person overall social position… to which attainments in both the social and economic domains contribute” (Ainley, Graetz, Long, and Batten, 1995). It refers to the socioeconomic status of the parents or family. Socioeconomic status is determined by an individualist achievement in: education; employment and occupational status; and income and wealth. According to Coleman (1998) “it’s all in the family”. The family background is attempted to estimate the effects of school resources on achievement. According to Becker (1993), quality of children is determined by their parents who spend their time at home and devote real resources to foster an environment that promotes and provides formal education. “Provide some insight into why there can be some correlation between the incomes of parents and their children, two important features of the household which determine how these transfers occur are missing” (Han and Mulligan, 2001). According to Jones et.al (1999); Rosetti et.al (2000) in educational and economic studies, it has been found that family background variables including family income, family type, family size, and parents' of the amount and quality of education children receive over their life time. 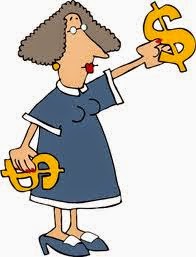 De Fraja et al (2010) state that question that receives more attention is economic, which is the income relation between parents and children, in particular to what degree economic status is passed on from one generation to the next. In the last, they conclude that everyone has a similar chance to finally reach a high income level as an adult, regardless of the parents’ economic status. Another study found that the socioeconomic background of family not only affected the child's educational attainment -- it also affected the school's effort.

The educational levels from their parents as well as income of parents are interconnected; this is because educated parents use their educational background to reach the potential thing for increased income. “Parental education and occupational class are more strongly associated with student's educational attainment. It has been put forward that parents of high socioeconomic status have more positive attitudes towards their children's schooling and have high expectations for the children since they have the economic empowerment to buy the advantages that money can buy” (Payne, 1998). We consider that money can encourage and discourage student to school. Payne (1998) gives statement that students from poverty lack cognitive strategies needed to be successful in the educational system. In line with the explanation to be clear, Conger and Elder (1994) states that families at a variety of income levels who suffer economic stress of any kind are more likely than families that are not economically stressed to experience depression, marital clashes, poverty and economic stress are associated with parent- child conflict. The disparity in home learning environment of higher and lower income children is a reason for nearly half of the effect income on the achievement scores of preschool children (Klebanor, 2002).

Ezewu (1990) states that on the average, children from high socioeconomic status homes which most likely are the homes with educated parents are more likely to achieve better outcomes at schools. Children from high socioeconomic status families are likely to improve on their academic achievement even if they have been performing poorly before because they can be provided with the incentive to do better. Some of the factors, according to Sogbetan (1981) and Steinberg (1993), identify that low socioeconomic status of the family, students’ attitude, poor family structure; poor study habit, intellectual ability, parents’ education, income and occupations as well as the age of the mother at the birth of the child are the factors that affected to the student’s motivation and their achievement.

Jaffe (1985), Rani (1998), and Simon (2004) states that socioeconomic status like parents’ education, occupation, income and standard of living have shown to be related to students’ outcomes, such that students from middle to upper class families tend to outperform those from less advantaged background. The most important effect of socioeconomic pressure is that it generally makes parents less available to support and encourage their children in their schooling. Rani (1998), Dubey (1999), Musgrave (2000), Grissmer (2003), and Sharma (2004) state that home background variables have a great influence on the students’ psychological, emotional, social and economic state. It means that the family background and context of a child affect their reaction to life situations and level of performance. Then, in line with the explanation before Ichado (1998) concludes that the environment from which a student comes can greatly influence their performance in school. The family lays the psychological and moral foundations in the overall development of the child while the mother’s significant role in this cannot be over emphasized (Agulanna, 1999).

The comparisons of student from low-socioeconomic and high-socioeconomic based on research from (Amato, 1987; Williams, Penelope, and White 1991; Mukherjee, 1995; Ainley et al., 1995) are described clearly in this below. Those are:


Based on the result from the study above, Amato (1987) states that educational success depends very strongly on the socioeconomic status of one’s parents, it is proven by statement from (Williams, Clancy, and Butcher, 1980; Williams, 1987; Williams, Long, and Hayden, 1993). They state that parents provide higher levels of psychological support for their children through environments that encourage the development of skills necessary for success at school. Parents who have low income and a low-status occupation they nevertheless transmit high educational aspirations to their children. The social and the economic components of socioeconomic status have distinct and separate influences on educational.