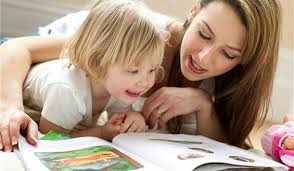 Parent education is designed to strengthen and support families and communities to prevent child abuse and neglect. Parent’s education is a core prevention service (Sarigiani, 1990). It is in line with that parent education programs as stand-alone efforts or as part of more comprehensive strategies. Parental educational level is known as a factor positively related to children's academic achievement (Grissmer, 2003) because family is the main factor influencing the lives and outcomes of students (Okantey, 2008). The educational level of parent is a powerful factor influencing children's academic success. It has been established that generally, the educational level of parents is greatly connected to the educational attainment of their children (Sarigiani, 1990). In addition, parents' education is a powerful predictor of their children's educational attainment (Haveman and Wolfe, 1993) and this is more the case for mothers' education. Mothers with a higher level of education instill the importance of education in their children. Although fathers' education is important, mothers have a greater impact on the values children later find important (Ermisch, 1997). Therefore, a mother's feelings on education will be portrayed to her children. Through the mother's own decision to attain a higher level of education, her attitude is likely to be accounted for through her actions. Additionally, parents use their educational attainments to teach their children, thus increasing human capital directly. (Ermisch & Francesconi, 1997)

Educated parents is playing important role in their child’s education. Educated parents would have increased emphasis on educational excellence. Educated parents are equipped by virtue of their education to take cognizance of the fact that parent- student- school- community relationship is important in order to promote educational attainment and academic achievement of their children and so they make the partnership a priority (Okantey, 2008). Parental education which leads to good income empowers parents to give their children a solid foundation for school and life success and enables them to build up strong partnerships between parents and schools in order to sustain achievement standards. It also heightens parents' feelings of competence and confidence in guiding their children's education (Okantey, 2008).

Payne (1998) says that students from poverty lack cognitive strategies needed to be successful in the educational system. Parents who have a high level of education tend to have higher aspirations and higher education plans for their children than lower or non educated parents (Sarigiani, 1990). Family environments are very significant in controlling the aspirations of children (Rumberger, 1995). Rossetti and Paola (2000) says clearly that the function of the home in education is clear, it is to lay the foundation, moral, spiritual and intellectual where the children are to build upon latter in life which implies that unless the foundation laid by the home is sound and solid, the school would have nothing to build upon and the child could later become a problem not only to his parents but also to the community.

Educated parents who most often fall into high or middle socioeconomic class families tend to show more concern over their children's poor performance at school either by teaching them in those subjects where they performed poorly or they appoint lesson teachers to further coach them. Although non educated parents who likely fall into the low socioeconomic status families were worried over their children's poor performances at school, they are not always able to coach their children as they themselves had little or no education and they may not have the financial capacity to hire lesson teachers for their children (Ezewu, 1990). Ezewu (1990) states that on the average, children from high socioeconomic status homes which most spare their time at homes with educated parents are more likely to achieve better outcomes at schools. Children from high socioeconomic status families can improve their academic achievement easily although they have been performing poorly in school because they can be provided with the incentive to do better.