Teaching writing and it components

Teaching writing
Teaching means as a teacher’s effort to make the students enjoy in learning English by using picture and memorizing vocabulary, good material, good technique and good media. And then teaching writing is an activity of the teacher to give lesson for the students of senior high school about writing in the classroom. In here, would be explained about the components of writing and basics of writing. 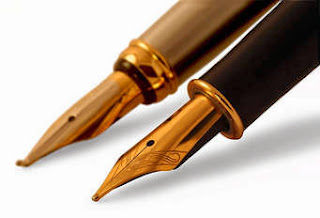 Components of Writing
There are some components of writing, there are: Grammatical skill, vocabulary, organization, and mechanical skill. Here, these components used to measure the students’ ability on writing itself. According from Hughes (1941:93). It will be described as the following:

a) Grammatical Skill
Grammar is a set of rules to help you construct sentences that make sense and are in acceptable English according Fairbairn and Winch (1996:108). In writing process, we can not leave the grammatical skill as the important part of teaching our writing as good as possible. In some cases, poor grammar will mean that what you have written is unintelligibly but even where the render can decipher what you have written according Fairbain and Winch (1996: 108).
How we can minimize the error grammatical skill, there are some basic points about the way in which we construct these sentences: a). Make sure that all of your sentences contain main verb; b). make sure that verbs and nouns have a plural verb and singular nouns, singular verbs; c). ensure that tense of verbs are consistent; d). make sure that no crucial or grammatically significant words are missing. Consequently, when students learn writing skill, they are expected to be able to master grammatical skill. It is the most important thing to make their writing to be understood by the reader. In this case, the arrangement of sentences should be correctly carefully.

b) Vocabulary
Vocabulary is also the important component to make the writing will be better. In writing sentence structure, we have used some technical vocabulary; noun, pronoun, verb, tense, plural and singular. It is of enormous help to have such a vocabulary ready to hand so that you can talk about sentence and word structure according Fairbairn and Winch, (1996: 11). To make the written form will be easy to understand; in writing process the word choice (Diction) must be suitable and concern with the message taht the researcher want to inform to the reader because it will influence the transformation of message from the researcher to reader.
According Fairbairn and Winch (1996: 32) as we known that writing is about conveying meaning by selecting words and putting them together in a written or printed. It means that, choosing the words is important to make the writing effectively. This word will be meaningful when it is used to support the content of writing furthermore; English vocabulary includes noun, verb, adjective, adverb, preposition, pronoun, and article.

c) Organization
Organization skills are the students’ ability to arrange and organize their idea in logical, cohesion, and sequence. To make a good paragraph, the researcher should be able to support the topic of writing. It is also given by stating some evidence to make sure that is true. The evidence should be arranged your supporting evidence or details.

d) Mechanical Skill
Mechanical skill is the ability or using conventions correctly. It is referring to the basic rules and conventions of grammar, function and spelling according Fairbain and Winch, (1996:80). Besides the technical aspect is also important in writing process. It will be help their writing understandable with the reader. According Fairbarn and Winch (1996:80) adds that unless you master the technical aspect or writing you will be unable to express your creativity and to share your ideas successful. It shows that mastery mechanical skills is very important for writer to make good writing.

Basic of Writing
According to Harris (1969:68) in Nining (2011), stated at all of the entire skill has a basic in itself especially in writing. The basic of this skill is something important to develop by the students of the language class. Someone who is study about the language has to mastering the basic first.

There are four basics writing, they are:
a. Unity
When a paragraph includes a sequence of sentences that are related to the topic sentence, it is unified.

b. Support
The next will be good when it is support the point with the specific evidence. The next must have a specific evidence to make the next effective and easy to understand by the reader.

c. Coherence
It means the paragraph or the text organize and connect the specific evidence. So there is no confusing sentence in the text.

From the statement above, it is very important for the teacher to make a new method that can transform English to the students well and give the good effect for them. Not only inside class but also outside class, this method can be used and the students not only can understand but also practice the lesson well. Actually there are four skills must be emphasized to be mastered by the students, but it is only writing that will be discussed in this method.

Brown (1980:07) states that Teaching is showing or helping someone to learn how to do something, giving instructions, guiding in the study of something, providing with knowledge, causing to know or understand. Teaching is guiding and facilitating learning, enabling the learner to learn, setting the conditions for learning.
According to statements above that teaching is giving and helping someone to get something that can be known and understood by the students to provide their knowledge and their science. The teacher always guides the students until they understand the lesson well.