Home Android News Tips The Most Popular of Google Products

The Most Popular of Google Products

We know that Google is a huge successful company with a variety of products that provide benefits to its users. In fact, Google is able to beat some of Microsoft's products until recorded as number one according to Alexa ranking, followed by Facebook.

There are several Google products are the most popular or frequently used by people as well as providing great benefits, products are as follows:

1. Google Search (Google Search Engine)
Since its emergence, Google search has attracted of Internet users in the world. Until finally it is able to beat other search engines like Yahoo and Bing (Microsoft's Search Engine). Google Search at first is the foundation of this giant company that started from the garage with the hard work and effort until it can introduce the new products and features which attracted many internet users such as Gmail and others.

Google Search continues time by time to change for the convenience of users in searching for data and information such as articles or images quickly and varied references. When it is compared to other search engines is indeed currently the as best search engine with data quality and diversity of information appear quickly.
Read also : Kinds of Search Engines and How does it works

2. Google Chrome
A web browser with superiority as the fastest browser Chrome was introduced in 2008 to compete with its predecessor such as Mozilla Firefox, Internet Explorer or Opera.

Chrome has become one of the major browsers to Internet users around the world, besides to the speed, it also has many features that can be applied to this browser. In addition, the chrome has now become the main alternative in the mobile browser, especially for android users.

3. Gmail (Google Email)
Gmail is currently becoming one of the options in sending and receiving electronic mail besides Hotmail, Yahoo mail and AOL mail. Gmail become the main requirement for android users and Youtube Parteners. Only Gmail account was the one, we could have a YouTube account and download android applications.

In 2004, Google said that the company is not satisfied with just dominating Internet searching only. Google wants to handle the largest online services on the Internet through e-mail. At the end, Google announced to test Web-hosted e-mail service called Gmail.

Gmail started out as Google's internal e-mail service. At the first, the only way to get a Gmail account is to accept invitations from others. Nearly three years after announcing Gmail, Google opened the access to the wider community. Now, anyone can create a Gmail account for free.

Gmail organize messages into "conversations." If someone sends you a message and we respond, Gmail will present two messages together in a stack. E-mail the original will be above and your answer will appear below. Latest message will appear below the original, so that the message does not take up too much space on the screen. By grouping messages and responses together, Gmail allows users to keep track of several discussions at once.
Read also: What is Gmail?

4. Google Drive
Google Docs includes a word processor such as Word, spreadsheet editor and presentation applications. In short, it has a basic software applications that many companies need. Google provide a solution in storing and making files or personal Integration into Google Doc. But this time, Google Doc has changed its name to Google Drive applications are largely as same as the Google Doc but Google adds a few other features on it.

Features of Google Drive is the ability to share documents and editing capabilities with other Google users. Some people can edit the same document at the same time. With Google Drive, everyone can make his changes directly to files stored on Google servers.

Google Drive into a data storage solution on a large scale in the google servers, so that the hard disk is no longer needed. However, the security of the data should still be noted for its users.

5. Google Map
Google Map is introduced in 2005, and in 2008 Google gave an interesting feature that people can search for an area or a place even the alley toward a home only with google map, especially google map able to show which way that can be passed to the desired place. 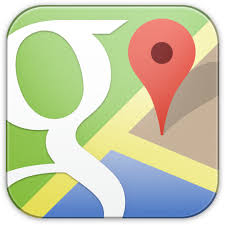 Not only that, google map shows the location where we were able to be. So people can easily find out where we are. Google Map Applications have dominated all application in view of the world easily. We can see parts of the world in different countries with quite amazing.

6. Google Earth
Google Earth is one of the best application to see the condition of the earth throughout the country. Today, Google Earth can display underwater world. As Google map. Google call  is as Geo tagging. It means that how to link the information to a real-world location. You see Geo tag information on a map.

7. Google Plus
With the increasing of the world of social networks like Facebook and twitter. Google does not want to lose by releasing a product called Google Plus. Google product was successful by providing ease of someone as a writer to pass it to share with other people around the world.

Google plus now still has not defeated Facebook, Google Plus predictable can beat Facebook because Google Plus has a feature that attracted the attention of many people. In Indonesia itself, Google Plus not so well known, but people are already aware of its existence.

8. Blogger (Blogspot)
This application became number one in the world of blogging. Even lately user of blogs have increased and this applications are able to boost the popularity of a company by using bloggers. It can promote your company or products through the contest of blog.

Blogger is currently competing with Wordpress. Each has its advantages, but with the convenience and variety of applications are given in the blogger. It makes bloggers as the most popular blogging activity. Even a blogger of blogspot users become the best blogger champion based on TIME magazine.

People can see the performance of the website or blog that is own and it can be as reference to further develop and improve the quality and everything through the records and analyst employed by Google.

Read also : How to Submit Blog to Google Webmaster

10. Google Adsense and Adwords
Google Adsense is a very attractive feature because it provides a solution for Internet users to reach the dollar through google ad provided that can be installed in a website or blog. Now, many people who already use it as a main or side business in addition to managing a website.

Read also:
Google Adwords is a place that we can put our advertising products separately distributed to all internet users in the world. It is more famous and certainly it is more rewarding when people see our products and then they buy it. Everyone is allowed to advertise on google with through Google Adwords by paying a few dollars in accordance with our wishes.

Read also: What is Google Adwords?

Thank you for reading my article. I hope you understand what kinds of Google Products are. All products are very useful for us. It is the great Company now. Thanks