Home Android The Best 5 Android Application and the Most Popular

The Best 5 Android Application and the Most Popular

Best Android Apps - Android Smartphone is a repository of quality applications that exist in the world and is supported by HP Android cheaper price, enthusiasts Android smartphones continue to grow over time. Android Smartphone popularity continues to increase, making the developers of Android applications continues to grow resulting in hundreds of thousands of quality apps in the Google Play Store.

Of course not all the Android apps are of good quality, because it is made by a different developer. To have a best Android apps are actually very easy, because we just see the number of ratings and comments will be seen how the public appraisal of the application.

To see what best Android applications that exist today, we would recommend 5 apps that we think must be owned by all users of Android smartphones in the world. To view them, please refer to the information that we present below.

The Best 5 Android Application and the Most Popular 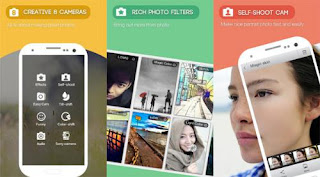 For those of you who like to take pictures selfie, is certainly no stranger to the Camera application 360. The application was developed by PinGuo Inc., and has been used more than 100 million users of Android smartphones, with the amount of use of the application is, of course Camera 360 can be regarded as the best photographic applications they are now.

Camera 360 popular because it has a lot of photo filters that can make your face more handsome or more beautiful. This application is also very light during use as it only requires internal memory is 28 Mb and can be used on the operating system Android Gingerbread and above.

After venturing into Android Smartphone, a chat application made by Blackberry has become the most popular applications in the world. BBM huge user community and the ease to chat is the advantages of the Android application. BBM For Android already used more than 50 million users worldwide, and the average users are from Indonesia.

BBM For Android continues to be developed, and the application is already defeated popularity Chating applications like WhatsUp, and Line. Although often pending when sending a message, but the Blackberry Messenger continues to be the number one choice of the people of Indonesia and now can send HD images and features a covered Music.

The advantages of photo filters Instagram is having very much, so you can first edit photos selfie results before uploaded to Instagram. There is no limit on how many photos you can upload, so there could upload all photos to Instagram at will, and of course remain free. 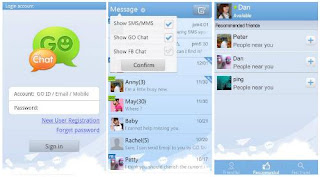 GO SMS Pro is the best Android apps to SMS application criteria. If you are already bored with the default SMS application Android smartphone, you can try to install this application. There is a wide choice of interesting themes that you can use for free and paid.

Tersedai SMS Blocker feature for those who want to filter incoming SMS and Private Box feature to lock individual applications and adjust your privacy. One of the best Android apps are already in use more than 50 million users worldwide, and many other advantages of this application is already supported features Dual Sim and features a pop-up when there are incoming messages.

This application is very popular and has been used more than 100 million users, and be the best Android application number 1 in the world to improve the performance of Android smartphones.

Indeed, there is still plenty of the best Android apps available for free for Android Smartphone users, but the fifth application are the best of the best application.

Such information submitted by Web-Based Learning, please choose one or even all of the best Android apps that we described above,