Home Analysis Novel Summary of the Story 'Right Under Your Nose'

Summary of the Story 'Right Under Your Nose' 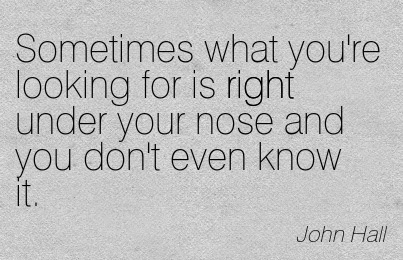 This is love story between Zaynab and Zaid. Zaynab is Munir daughter. She has older sister her name is Fatimah. She has little brother his name Anwar and she has best friend her name is Samira. Her family’s work is travel agency namely, Munir Travel. While Zaid is Zaynab neighbors. His father is Imam and his mother is a writer. He is also Zaynab classmate in Accounting I and II.

This story was started from Zaynab graduation. She had finished her education in Accounting. She felt very happy because she had finished her education. Before, she did the graduation, she did rehearsal. This is the time that Zaynab will know about Zaid. When she was doing the rehearsal time for graduation, she found that there was one student who did not come. She checked to the comitee. The comitee said that Zaid Muhammed was the student who did not join at this time. Zaynab remembered that Zaid was her classmate in Accounting I and II. He always sat in the front row of the room. Zaynab knew him because she preferred sat in the middle of the room. She knew her classmate who sat in front or in behind her. The love was started when Zaid asked Zaynab to give him information about what he should do in the graduation. Zaid did not know what he should do because at the rehearsal time for graduation he had missed it. He has to bring his grandparents flying to overseas. He looked at the Zaynab’s eyes that made Zaynab felt shy and her face became red. Zaynab felt very nervous when she told him. The love was disturbing her feeling.

On the graduation time, Zaynab was bored when the graduation turned into a musical. Then, Zaid directly talked with her by using a piece of paper to make her happy. He asked her about her wishes after this graduation. They talked about their future. Zaid catched something from Zaynab information. He knew that Zaynab was still confuse about her dream. They talked so long by using the note. They stopped talking each other when their friends had to tap Zaid when the line started to move. Here, love comes to them. After the graduation had finished, Zaid asked Zaynab to be introduced her to his parents. Actually, Zaid was engaged her. Then, they decided to marry. One year later after their marriage, Zaid remembered something when they did the graduation time. So, he decided to give his wife something special. He built Accounting building under the name Z&Z Accounting. It means that Zaynab and Zaid. This building was given as the special gift for his wife to do her own business. This was the thing to answer Zaynab’s problem when they still as students of Accounting class.