Home News What are the Functions of Lawyer?

What are the Functions of Lawyer?

"Verily, We have sent down to you the Book with the truth that you may judge between people by what Allah has revealed to you, and do not be a contender (the innocent) because (defending) those treacherous." (Surat an-Nisa : 105). 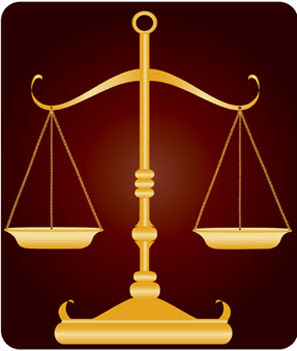 Profession a lawyer or advocate or consultant in Islamic law based on contract wakalah (representatives), one delegate to others to make a case that allowed the Shar'ie. In this case, the client advocate to represent his case to be resolved, either in court or out of court.

Legal origin working as a lawyer or advocate is allowed. In fact, be noble for Shar'ie comply, not to violate the law or the rules of Allah, and in order to prevent injustice occurred, and convey the rights to those entitled to receive it. Especially, to the weak or no knowledge about the legal case at hand, as Allah Almighty described in paragraph above.

Work as an advocate in Islam is a form of helping others in goodness and piety. As stated in the Quran, "And please-menolonglah you in the (working) virtue and piety, and do not help one in sin and transgression. And fear ye Allah, verily Allah is severe in punishment. (Surah al-Maidah: 2).

Prophet Muhammad also explained, Anas. said, "The Prophet SAW said," Help your brother who commits injustice or who have been wronged! '. then, a man asked,' I help him if he is oppressed, but how do I help him if he do wrong? 'Prophet replied,' Thou prevent or forbid wrongdoing then that form of help. '"(Bukhari and Muslim, it lafadz Bukhari).

An advocate should really be trying to find and telling the truth, and avoid all forms of lying, forgery, and distortions in defense of his client. True Advocate fighting for the pay. Thus, when receiving a case, a lawyer must carefully examine the case to be defended. If he finds that the truth is on the side then he should defend his clients, and strive to uphold the truth that he had found. However, if he finds that his clients do wrong or convicted of a crime then he should explain it to him and advised him to stop wrongdoing and restore the rights of others that have been taken. Rather than defend it in every way that he is free from the penalty and the rights of people who dizaliminya not refundable.

Prophet has warned his people about this. From Ibn 'Umar, he said, "The Messenger of Allah said,' He who helps one of the parties to the dispute in ways that are not true or helping someone to do wrong then he will always be in God's wrath, until he no longer help people that. '"(Reported by Ibn Majah and al-Hakim).

Thus, the main task of a lawyer is to uphold justice and convey the rights to those entitled to receive it. He must help the judge in order to see clearly the case and of all its aspects so that the judge can decide the case fairly. And, do not advocate that can reverse the judge's decision in favor of one of the litigants without evidence and strong arguments.

In addition, forbidden to advocate the opposite effect, ie flipping reversal fact, falsify testimony, or bribe the judges to win clients. In fact, he knows his client is guilty and should be punished. It is reminded by the Prophet Muhammad in the Hadith. Umm Salamah narrated from the Prophet SAW, he said, "I'm only human and you actually disagree with me, and probably most of you are more eloquent argument than others. Then, I menghukumi for him based on what I heard. So, whoever I have decided his case, by giving a portion of his rights, he should not take it because I actually decided for him a piece of Fire. "(Bukhari and Muslim).

The explanation above is about the main point of lawyer. He/she should be did their job for helping others not to get big money only. Please, hear your customer and help them by your heart. Thanks