Home Listening The Significance and Kinds of Listening

The Significance and Kinds of Listening 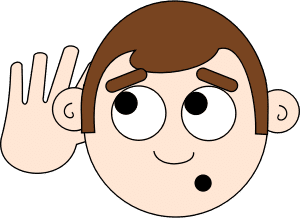 Learners can improve their listening skills and gain valuable language input through a combination of extensive and intensive listening material and procedures. Listening of both kinds is important since it provides the perfect opportunity to hear voices.

Extensive Listening: Extensive listening refers to listening which the students often do away from the classroom, for pleasure or some other reasons. The audio material they consume in this way should consist of texts that they can enjoy listening to, because they more or less understand them without the intervention of a teacher or course materials to help them. Students can also use tapes and CDs to listen to their course book dialogues again after they have studied them in class. Another way of getting students involved in a form of extensive listening is to encourage them to go to English language films with subtitles; as they hear the English dialogue, the subtitles help them understand; as they understand, they will, to some extent, absorbs the language they hear (Harmer : 2007) in Bouache (2010 : 28).

Intensive Listening: Intensive listening is different from extensive listening, in that students listen specifically in order to work on listening skill, and in order to study the way in which English is spoken. It usually takes place in classrooms or language laboratories, and typically occurs when teachers are present to guide students through any listening difficulties, and points them to areas of interest (Harmer : 2007) in Bouache (2010 : 29).