After we learn about the definition of attitude, the writer will serve the aspect of attitude. Here there are three aspects that will be explained clearly and briefly, those are the branch of Aspect of attitude those are: (1) behavioral, (2) cognitive, and (3) emotional. 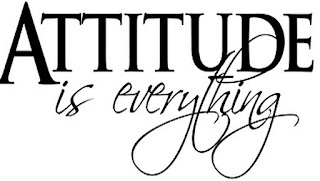 Learning process is regarded as a positive change in the individual’s personality in terms of the emotional, psycho-motor (behavioral) as well as cognitive domains, since when one has learned a specific subject, he/she is supposed to think and behave in a different manner and one’s beliefs have been distinguished (Kara, 2009). Furthermore, learning process has social as well as psychological aspects besides the cognitive approach. Attitude concept can be viewed from these three dimensions. Each one of these dimensions has different features to bring out language attitude results. Accordingly, the attitude concept has three components i.e., behavioral, cognitive and affective. These three attitudinal aspects are based on the three theoretical approaches of behaviorism, cognitive and humanism respectively. In the following, the three aspects of attitude concept i.e., behavioral, cognitive, and emotional aspects are briefly described.

Behavioral
The behavioral aspect of attitude deals with the way one behaves and reacts in particular situations. In fact, the successful language learning enhances the learners to identify themselves with the native speakers of that language and acquire or adopt various aspects of behaviors which characterize the members of the target language community. Kara (2009) states:

“Positive attitudes lead to the exhibition of positive behaviors toward courses of study, with participants absorbing themselves in courses and striving to learn more. Such students are also observed to be more eager to solve problems, to acquire the information and skills useful for daily life and to engage themselves emotionally.”

Emotional
Feng and Chen (2009) stated that, “Learning process is an emotional process. It is affected by different emotional factors. The teacher and his students engage in various emotional activities in it and varied fruits of emotions are yield.” Attitude can help the learners to express whether they like or dislike the objects or surrounding situations. It is agreed that the inner feelings and emotions of foreign language learners influence their perspectives and their attitudes towards he target language (Choy &Troudi, 2006).