According to Oxford dictionary, ability is formed of the word able which have the meaning having the power, means or opportunity to do something. Hutabarat (1995) in Nurul Laily (2013) states that, the results of study were divided into four groups, namely:


From opinion above it can be concluded that the ability is an opportunity or skill in the form of the ability to do something like analyze, reproduce, create, organize, summarize, make generalizations, rational thinking and adjust as the results of study. 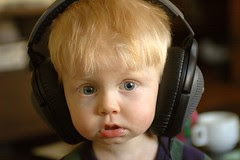 As defined by oxford dictionary (1993: 206), listening is a complex problem solving skill and it is more than just perception of the sounds. Listening includes comprehension of meaning words, phrases, clauses, sentences, and connected discourse. Furthermore, according to Bulletin in Saricoban (1999) in Ammashumam (2010), listening is one of the fundamental language skills. It is a medium through which children, young people and adults gain a large portion of their information, their understanding of the world and of human affairs, their ideals, sense of values, and their appreciation.

Rivers (2006) in Ridwan Prayoga (2012) says that listening is a creative skill. It means we comprehend the sound falling on our ears, and take the raw material of words, arrangements of words, and the rise and fall the voice, and from this material we creative a significance. Russel and Russel (2006) in Ridwan Prayoga (2012) also say that listening skill is listening with comprehension, attention and appreciation. Then, listening activity needs integrating skill of language, such as pronunciation, vocabulary mastery, writing, speaking, and reading.

Listening skill can be meant as ability to pay attention or to hear something. But, listening is not same as hearing. Hearing is essentially an automatic, passive activity. It is possible to hear sounds without consciously engaging in the process. While, in listening the brain doesn’t automatically translate the words into the message they are conveying. That is essentially what listening is determining the meaning and the message of the sounds or words. It is active process that involves much more than assigning labels to sounds or words. As mentioned in Mee (1990) in Ammashumam (2010), listening is a complex process in which many things happen simultaneously inside the mind. Besides being complex, listening is far more difficult than many people can imagine.

So, we can say that listening is the ability to identify and understand what others are saying. It is also a complex activity, and we can help students comprehend what they hear by activating their prior knowledge. Furthermore, it will consider another way teachers can help ease the difficulty of listening by training students in different types of listening.