Home Analysis Novel The Summary of "Best Day Ever"

The Summary of "Best Day Ever" 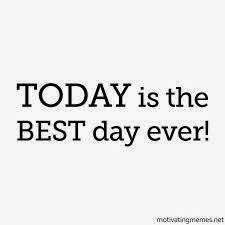 Sicilia is beautiful girl. She is from simple family. She is a student from Indonesian University. She is a Muslim so she wears veil. She has a dreaming become journalist but she gets prohibition from her parents. She cannot show herself to everyone. She just closes herself. She is only telling about her condition to her parents and her best friends.
Sicilia is a spoiled girl. She is always getting more attention from her parents. She is also selfish girl. She forces her opinion to her parents in order to get permission from them. Actually she is also smartest student. She can use her beauty to lay someone.  In addition, she is responsible and empathy. She is responsible and sure that she can keep her self without her parents. She starts her self to independent. She is empathy to someone that new in her life because besides she makes a final task she wants to help someone in trouble.
Sicilia is main, protagonist, and round character. There is she from the beginning until the end of this story. She helps the police to reveal their cases but when she helps them she lied to Ben. She seems very well to him but actually she has planned with her friends to frame Ben.
Joni is a main character. He is also in this every fragment this story. He is from poor family. Although like that, he is very smart in his university. He gets scholarship more than one time. He is Muslim.  He is very easy to get friend because he is very good to everyone. He wants graduate from his university with the high value.
Joni is smartest student. Although he comes from poor family, he is not shame to explore his self become significant person in his university. He is tough. He helps the police to reveal their cases. He turns his mind to look for who the real killer is. He is the one person that cannot honest to his feeling. He lies with himself that actually he loves Sicilia but he cannot say it. He is also temperamental person. He does not know what happens with Sicilia and Ben. He is easy to angry.
Joni is the main character, protagonist and round character. There is he from the beginning until the end of this story. He is very care to other people who need helping. He helps the police, Ramon, and Rudi to reveal their cases but in the other hand, he is very temperamental. He is easy belief something that he does not know before. He is belief that Sicilia loves Ben according Susi’s explanation.