Speaking Ability and The Definition 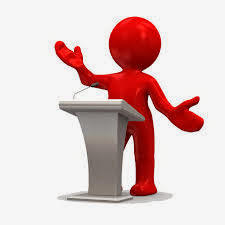 The Definitions of Speaking
In this blog, the writer provides some meaning of speaking stated by several resourses. They are by the writer before, those are Ikawati (2012), Cornbleet and Carter, Webster, Oxforrd Dictionary, Taringan, and Don Bryne. Ikawati state that speaking is natural way to communicate. Without speaking, people must remain in most total isolation from any kind of society. For most people, the ability to speak a language is the same with knowing a language since the speech is the most basic means of human communication while Corbleet and Carter (2001) defines that speaking is significant to an individual’s living processes and experiences as are the ability of seeing and walking. Someone who wants to get a good job must be able to speak English well, because now English is properly to complete their competence in the society.

According to Webster (1980) state that speaking has a variety of meanings: there are such as: to tell, to say, to make known or as by speaking; to declare; to announce; to proclaim; to celebrate; to use or be able to use (a given language) in speaking; and to address. In addition, Oxford Dictionary (1987) state that speaking is to make use of language in an ordinary, not singing, to state view, wishes etc or an act of spokesman. Meanwhile, Taringa (1981) defines that speaking is a skill of conveying words or sounds of articulation to express or to deliver ideas, opinion, or feeling. The last is from Don Bryne (1998) states that oral communication or speaking is a two way process between speaker and listener and involves the productive skill of speaking and receptive skill of understanding. It is mean that speaking is the process of sharing with another person with knowledge, interests, attitudes, opinions, or ideas. Delivery of ideas, opinion, or feeling is some important aspects of the process of speaking which a speakers’ idea become real to them and listeners.