Before we discussed about the Validity Data of Qualitative Research, we have to learn about the Instrument Data Collection and the Technique for doing Data Analysis. So, Let's learning together with me. Check (dot) !

1. Data Collection Techniques
In qualitative research, data sources are selected and adapted to the purpose of research. Prioritizing data collection process emic perspective (concerned with how the respondents perceive and interpret the world around it). According to the type of data, this study uses the method of data collection, interviews, observation and documentation. The third method of collecting this data is the hallmark of qualitative research. According to Bogdan and Biklen (1982: 2), "... qualitative research and Reviews those that most embody the characteristics we just touched upon are participant observation and in depth interviewing". 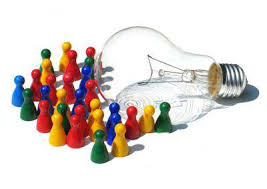 The methods used in this study can be described as follows:

a. Participatory observation
This method is done by observing directly about conditions in the field, either in the form of physical state or behavior that occurred during the study. In the narrow sense of observation means systematic observation and recording of the phenomenon investigated.

In order to obtain a more precise research data, then any issues relating to the results of observation always recorded. These observations so that the researchers used stationery as a tool in the implementation of the observation. While making a note in the field, will be divided into two parts that include descriptive sections and reflective sections. Part descriptive record the details of events that are not evaluative. This description includes the physical dimensions e.g, activity and behavior, thoughts and feelings of the researcher at the time of observation.

Reflective part of the record field notes about the results framework, ideas, and the attention of researchers that contains additional ideas, relationships among the data, methods, conflicts and dilemma as well as things that are clearly not clarify parts. Field notes made at the time between the completion time of observation with subsequent observations. Between the time of recording is intended to avoid confusion between the observations with each subsequent observation, as well as to avoid the inclusion of concepts that are not derived from the observations. A mix of short notes with the results of the discussion in the same observation, the researchers consider to be the result of a field that has a perfect record.

b. Deep Interview
The interview is one of the techniques of data collection to obtain the information by asking questions directly to the respondents. According to Masri Singarimbun (1989: 192) interview is a question and answer process between two or more people directly confront or through the media.

Both of them are communication directly structured and unstructured or done with the preparation or no preparation beforehand. So the questions with answers can be obtained directly in a context of events on a reciprocal basis. Thus the interview in the research is a process of communication interactions between researchers with research subjects, informants, as well as key informants by way of question and answer directly to obtain data or information.

In-depth interviews carried out independently controlled means that the interview was conducted freely. So that the data obtained is data that is broad and deep, but still pay attention to the guided element that allows still fulfilling the principles of comparability and reliability can be routed directly and impartially to the problems studied. Although the draft interview used in this interview, but in actual interview will be varied and adapted to the situation, so it is not rigid.

As well as the data collection techniques with observation, then in the interview even this result is logged and recorded to avoid straying "recording". In addition, researchers also use the recall technique (repetition) is using the same questions about a case. It is intended to secure an answer from the respondent. If the first answer and the results are the same, then the data can be called final.

c. Document Analysis
The collection of data through this technique is intended to supplement the results of the data obtained through interviews and observations. With this document the analysis of the expected data needed to be really valid. Documents that can be used as sources include photos, research reports, books according to research, and other written data.

Those all about the Qualitative Research Data Analysis Techniques. These techniques can be used to collect the data on the qualitative research. You can choose one of them or all the techniques mentioned above. Thanks