It was winter in Chrismas day, Nora’s family was preparing the Crhrismas day. Nora bought a number of parcels and Chrismas tree. She asked Helen to hide the Chrismas tree carefully because she didnot want her children knew until evening. Then, he came to her husband and told about it but her husband did not like with his wife attitude. Her husband guesses that Nora was very wistful. Athough, her husband was the manager of the bank. 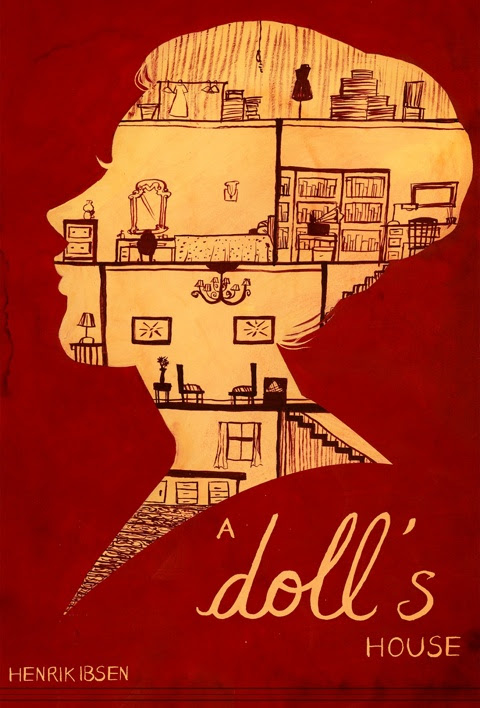 Mrs.Linde asks to Nora to share about it with Helmer. But Nora did not want to do it. She must till keep it from her husband. Until ones day Krogstand came to Nora’s house. And threaten Nora to ask to Helmer to do not discharge him for the Bank. At the fact Krogstad was a corruptor in the bank.

He threatens Nora, because Nora had debt to him, and he will ask to Helmer if Nora did not save him in the bank. So, Nora confuse about it.
Nora still keeps her love to her husband, Helmer. Although his husband’s friend loves her too, doctor Rank. He was her husband’s friend. Furthermore he was very rich too. But Nora did not love him.

Doctor Rank often came to her house, they often talk together too. But they never talk about his felling. Nora also talk to doctor Rank about her secret, and doctor Rank always suggest her to talk to her husband. But she rejects it. She did not want to do it.

Nora has three children; she was very love with them. But Nora always subjected her children like doll. But this is very fun for her.

One day Krogstad came back to Nora’s house and ask to her if he get letter for her husband that he was discharged. So he was very angry to Nora and wants to ask Helmer about Nora’s secret. So Nora was very angry too. And she did not know if that letter was left behind in the table. So went Helmer came from the bank he read it, and know about Nora’s secret. Nora was very frightened and wants to decide her live. But Helmer did not permit her.  Nora forgives to her husband. And her husband forgives her. And he forgives too to Nora. And he promises to become better and did not object her like doll again.