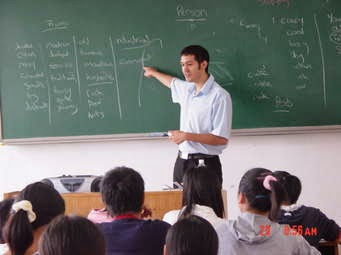 In this blog, the writer serves five rules of speaking, there are: do not study grammars learn and study phrases, do not translate, practice speaking that ever hear, and submerge ourselves.

Do not Study Grammar: This rule might strange for many ESL students, but it is one of the most important rules. If someone wants to pass examinations, then study grammar. However, if they want to become fluent in English, then they should try to learn English without studying the grammar. Studying grammar will only slow down and confuse. The people will think about the rules when creating sentences instead of naturally saying a sentence like a native. Remember that only a small fraction of English speakers know more than twenty percent of all the grammar rules. Many ESL students know more grammar than native speakers.

Learn and Study Phrase: Many students learn vocabulary and try to put many words together to create a proper sentence. It amazes how many words some of the students know, but they create a proper sentence. The reason is because they did not study phrase. When children learn language, they learn both words and phrase together. Likewise, the students need to study and learn phrase. If someone knows 1000 words, they might not be able to say one correct sentence. But if someone know phrase, they can make hundreds of correct sentences that will be able to say. Finally, when someone knows only a thousand phrases, they will be almost a fluent English speaker. The English speaking basic section is a great example of making numerous sentences with a single phrase. So do not spend hours and hours learning many different words. Use the time to study phrase instead and it will by closer to English fluency.

Do not Translate: When someone wants to create an English sentence, do not translate the words from mother tongue. The other of words is probably completely different and it will be both slow and incorrect by doing this. Instead, learn phrases and sentences so do not have to think about the words that will to say. It should be automatic. Another problem with translating is that someone will be trying to incorporate grammar rules that they have learned. Translating and thinking about grammar to create English sentences is incorrect and should be avoided.

Practice Speaking that ever hear: Reading, listening, and speaking are the most important aspects of any language. The same is true for English. However, speaking is requirement to be fluent. It is normal for babies and children to learn speaking first, become fluent, they start reading, then writing. So the natural order is listening, speaking, reading, and writing.

Submerge our self: Being able to speak a language is not related to how smart someone is. Anymore someone can learn how to speak any language. This is a proven fact by everyone in the world. Everyone can speak at least one language. Whether someone is intelligent, or lacking some brain power, they are able to speak one language. This was achieved by being around that language at all times. In this native country, someone can hear and speaks language constantly. they will notice that many people who are good English speakers are the ones who studied in an English speaking school, but because they had an environment where they can be around English speaking people constantly.