Several language experts have attempted to categorize the functions of speaking in human interaction. According to Brown and Yule, as quote by Richards and Renanda (2007), “the function of speaking are classified into three, there are talk as interest, talk as transaction, and talk as performance.” Each of these speech activities is quite distinct in term of form and function and requires different teaching approaches. There are the explanations of the functions of speaking: 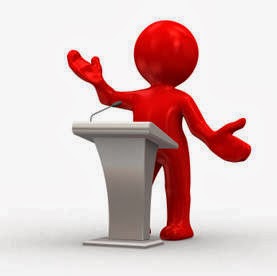 (a) Talk as Interaction: Being able to interact in a language is essential. This refers to what we normally mean by conversation. The primary intention in talk as interaction is to maintain social relationship. Meanwhile, some of the skill (involved in using talk as interaction) are: opening and closing conversation, choosing topics, making small-talk, recounting personal incidents and experiences, turn-talking, using adjacency pairs, interrupting, and reacting to others.

(b) Talk as transaction: This type of talk or speaking refers to situations where the focus is on what is said or done. The message is the central focus here and making oneself understood clearly and accurately, rather than the participants and how they interact socially with each other. In this type of spoken language, students and teachers usually focus on meaning or on talking their way to understanding. Meanwhile, some of the skill involve in using talk for transnational are: explaining a need or intention, describing something, asking questioning, confirming information, justifying an opinion, making suggestions, clarifying understanding, and making comparisons.

(c) Talking as performance: This refers to public talk or public speaking that is talk which transmits information before an audience such as morning talks, public announcements, and speeches. Talk as performance tents to be in the form of monologue rather that dialog. Often follows a recognizable format and is closer to written language conversational language. Some of the skills involved in using talk performance are: using an appropriate format, presenting information in an appropriate sequence, maintaining audience engagement, using check on the audience, using correct pronunciation and grammar, creating an effect on the audience, using appropriate vocabulary, using appropriate opening and closing. Talk as performance needs to be prepared in much the same way as written text.

Those are the explanation about the function of speaking. The speaking ability should be improved time by time when you want to master the English well. Practice in everyday is a must. It hopes that the vocabulary used is much than before.